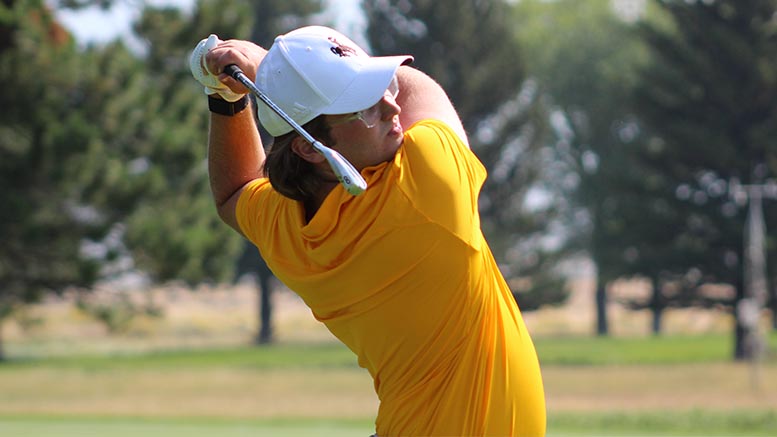 HENDERSON, NEVADA (Oct. 6, 2020) — A group of four Wyoming Cowboys played in this week’s Reflection Bay GCAA Amateur tournament in Henderson, Nevada.  Redshirt sophomore Cowboy Jimmy Dales from Northville, Michigan, had an outstanding week, placing fourth in the field of 55 golfers.  Dales fired rounds of 69-69-74 to finish with a 54-hole total of 212 (-4).  He tied with two other individuals for fourth place and finished only six strokes behind tournament champion Albert Boneta of Albuquerque, New Mexico.

The other three Wyoming Cowboys who competed were redshirt freshman Liam Clancy of Billings, Mont., who tied for 15th with a three-round total of 221 (+5).  Junior Bryce Waters from Midland, Texas, finished one stroke back of Clancy at 222 (+6) to tie for 20th, and sophomore Jared Edeen of Cheyenne, Wyoming, tied for 38th, finishing with a score of 229 (+13).  All four Wyoming Cowboys played unattached as this fall’s college golf season was postponed due to the Coronavirus.

College golfers are allowed to play in amateur events this fall without using a year of eligibility since their fall season was postponed.  It is hoped that college golf will return to its normal format of college tournaments in the spring.