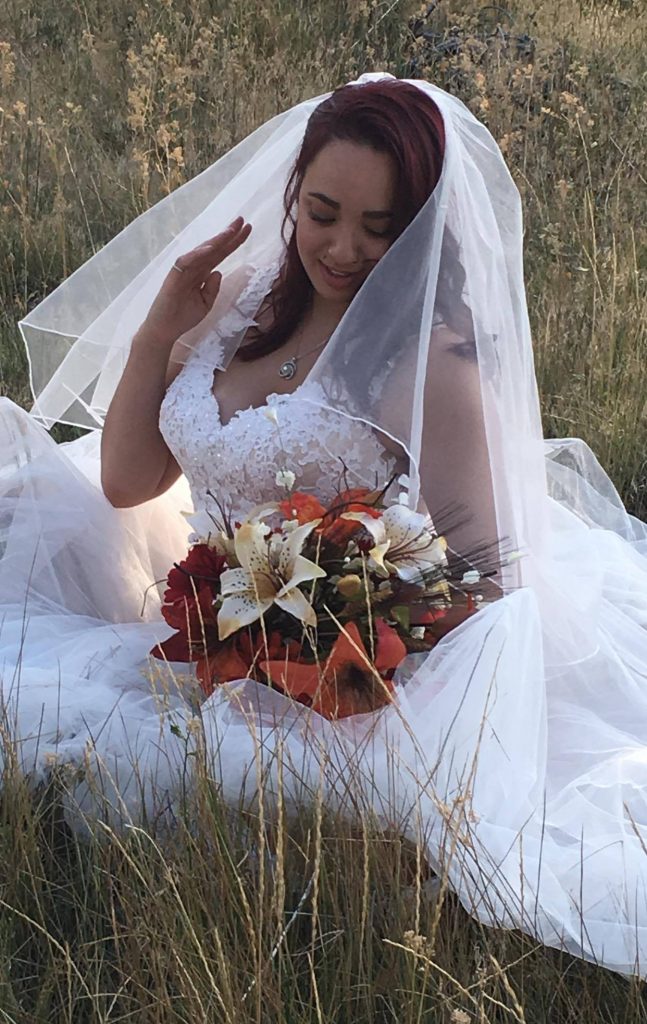 ROCK SPRINGS, WYOMING (October 03, 2020) — On December 16, 2019, Rock Springs resident Whitney Sewell’s life was ended by her husband, Hunter Sewell, in a tragic murder-suicide. To raise awareness about Domestic Violence there will be a run/walk 5K for Whitney on October 17, 2020, at noon. The 5K begins at the Park Hotel in Downtown Rock Springs. There will also be support personnel from various organizations giving information about leaving dangerous domestic situations

Despite the tragic end to her life, her family does not want her remembered as a victim. Instead, Whitney’s family wants to remind everyone of her loving, caring spirit.

“Whitney, she was, of course, the highlight of the room when she was in there. She kind of drew attention towards her, she was the loudmouth, and always fun to hang out with.” Whitney’s brother Tevin Beaver states. “Even full of braces, she had the brightest smile.”
“I’d always say she was full of life and her smile was as bright as the moon.” Whitney’s mother Nicole Halstead stated. “Whitney was a go-getter, she was very goal-oriented. She had goals for each day and all the way up until ten years from now. She was a good student, she went to school, lettered in band and cheerleading. She was the life of the party, the glue that kept everyone together. She made sure people were where they were supposed to be. Even when they didn’t want to go anywhere, she was dragging them out of the house. She was the glue that kept the family together.”
“She was always the party planner. If you wanted a trip planned, she was the one who did it because she was more responsible than any of us.” Tevin stated.
Whitney was outgoing, with a loving family, and friends who adored her. Yet, even with all her love and support, she faced the same fate that so many others do.
Whitney’s family remains adamant that her life will not have ended in vain if her story can be used to save the life of another.
[bsa_pro_ad_space id=67]
“She was the mouth of the party. She never had a problem telling anyone what she thought, and that’s what is crazy about this. She would help people in domestic situations, but she – herself, couldn’t tell anyone what was going on,” Tevin stated.
“There were not these giant red flags that most people perceive. she was going through domestic violence but she didn’t have bruises. She didn’t have black eyes or fractured body parts. It was emotional stuff that was going on. That’s the hardest part of this whole situation. There are so many things that we don’t know and that we’ll never know.” Nicole stated. “That’s the hardest part about this whole thing – it wasn’t the normal escalated thing you would think of. When they argued, the police were never called, neighbors weren’t complaining. It wasn’t like that. We don’t know what happened that night. We never will know.”
“Where it gets even crazier, is that her husband would call me when they fought. He. Called. Me.” Tevin stated. “I’d go over there at two, three in the morning sometimes, and I wouldn’t leave until everything was fine. The thing was though, It was emotional arguments. There never was any kind of physical abuse. That’s something I want to get out there for everyone else. If you’re going through that kind of abuse, you’re not alone.”
Even through the tragedy, Whitney’s mother and brother remain positive and forgiving.
“We’re not here to place blame,” Nicole added, “Hunter’s family is going through their own hell. In reality, none of us will ever have the answers to what happened that night,”
“We are raising awareness because emotional abuse is just as bad as physical abuse. You beat someone down bad enough, they don’t think their life is worth it anymore.” Nicole stated.
[bsa_pro_ad_space id=68]
“Once you take away someone’s value – what else do they have? Why would they go talk to someone else, when you’re feeling like ‘well what is it worth?’ ‘What am I worth?’ If I’m going to be whoever he is telling me I am then who am I? Unfortunately that’s what you don’t see. Those are not the bruises and scars you wear on the outside,” Tevin stated.
There is help though.
“There are people who will help you. Know the signs, reach out, get to a safe place even if it means a safe house until you can get on your feet, and get away on your own.” Nicole stated.