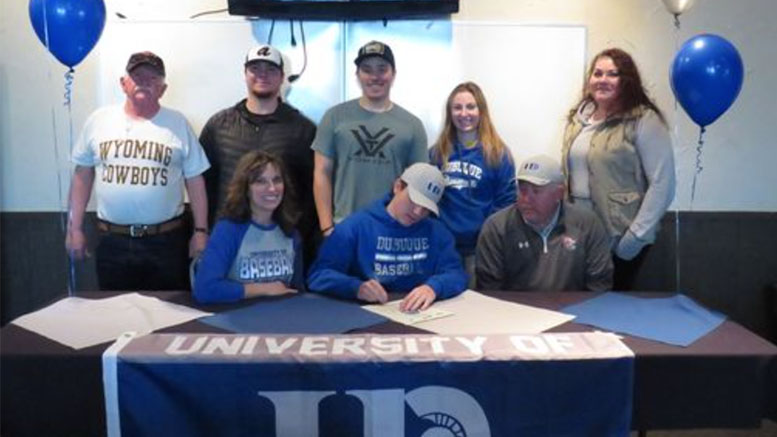 After visiting the university, Stevenson immediately knew that’s where he wanted to go.

“It just felt right stepping onto the campus. It felt like home. It had a good feeling to it. Their facilities were very comparable to Division 1 facilities. It was the best place for me to succeed academically and on the field too,” he said.

Stevenson began his career playing for the American Legion Archie Hay Post 24 his freshman and sophomore. He continued and went on to play for a club team in Denver, Colorado, his junior and senior year.

He said playing for the two squads forced him to mature as a player and person, allowing him to grow and work on his skills at a high level.

“My freshman and sophomore years, I played with American Legion here in Rock Springs. I was fortunate at 15 years old to be playing with 18-year-olds. It matured me as a player and as a person overall. I had to play with these bigger and stronger guys. It matured me physically,” he said.

“I think this past year, I went down to Denver and it matured me even more by being able to see the different caliber of athletes all over the state and the country. I had to be stronger and bigger to be able to compete with these guys.”

One professional baseball player Stevenson looked up to is Los Angeles Dodger outfielder Mookie Betts. They both play the same position and are comparable in size.

“He was told he was too small to play and look where he’s at now. I emulate my game to his,” he said.

Stevenson plans on bringing energy to the Dubuque Spartans squad next season.

“I was always told to just have fun and have fun with the game.”