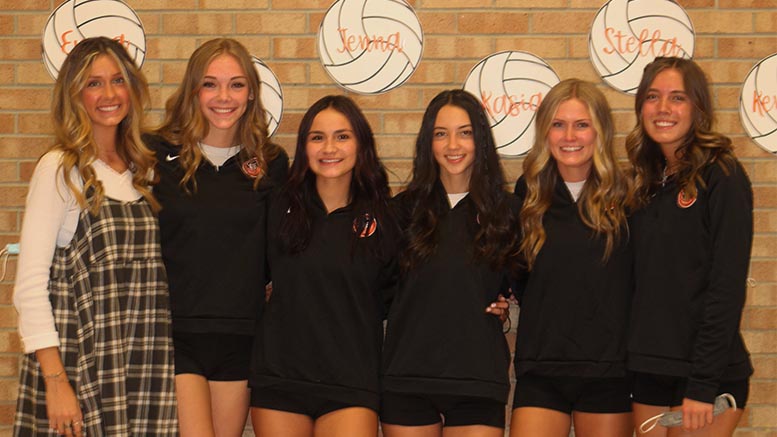 ROCK SPRINGS, WYOMING (September 15, 2020) – It was a roller coaster ride for the Rock Springs High School volleyball team at home on Tuesday.

“I think that their fight through the adversity was phenomenal. Senior night is the worst. I despise senior night. I’m telling you. It’s just so difficult for them mentally to be here because there’s just so many other things running through their minds. I just think that showed,” said Rock Springs head coach Shawn Pyer.

Before the fifth and final set, Pyer told her squad to take a deep breath and clear their minds of everything that previously took place.

“I told them the game is 0-0. We need to come out like it’s the first set. The past is in the past. It doesn’t matter what happened from the previous four sets. All that matters is this set. We took a deep breath and we were ready to play,” she said.

That’s exactly what the Tigers did, opening the fifth set on an 4-0 run and forcing Evanston to burn an early timeout. The Red Devils cut the deficit and made it a two-point game, 7-5. But Pyer quickly called a timeout to regroup, which led to the Tigers finishing the game on an 8-3 run to secure the win. 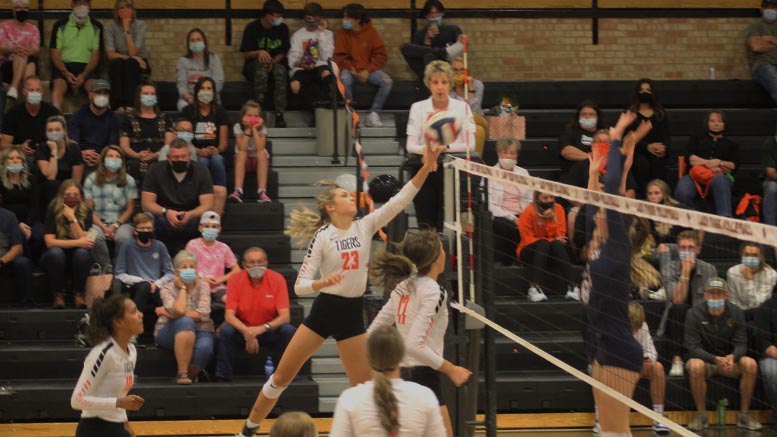 It was the seniors who stepped up on senior night to lead the Tigers to victory.

“I think the leadership (from our seniors) was amazing,” Pyer said. “I think that the one person that really stood out for me, energy wise, was Kenady Nacey. She usually isn’t a huge vocal leader. She’s usually calm and quiet. But tonight, her energy – especially in that fourth and fifth set – really fueled. And Obviously, Cali Pollastro. She’s a stud. She just came out swinging. She wanted it and she did phenomenal.”

Nacey led the Tigers in aces with nine and added two kills to her stat line. Pollastro finished the game with 12 kills, eight aces and two digs for the Tigers. Junior Brenli Jenkens led the Tigers in kills with 19 and had 17 assists. Junior Emily Taucher led the squad in assists with 24. 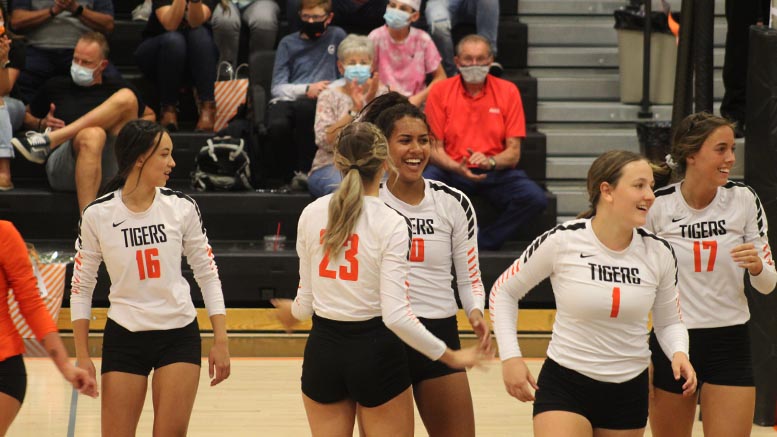 The Tigers return to the court on Saturday, Sept. 19, at 2 p.m. when they host Cheyenne South High School to try to make it three in a row. Pyer said if the Tigers just play their game, they’ll be in good shape.