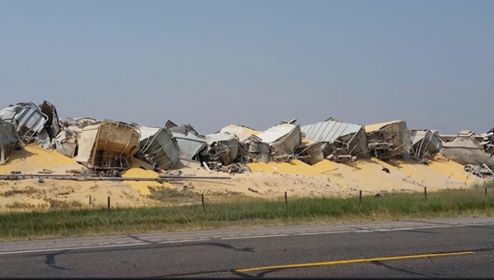 BOSLER, WYOMING (August 22, 2020) — A train was on its way to Rawlins from North Platte, Nebraska early this morning when the train derailed causing tons of gain to spill out onto the tracks.

No injuries occurred when the train derailed around 6 a.m., said a Union Pacific spokeswoman Raquel Espinoza. She said the derailment occurred near Bosler, roughly 15 minutes north of Laramie.

The train, which was comprised of 57 rail cars, was carrying corn when it came off the tracks, Espinoza said. Reportedly, tons of grain was spilled onto the tracks. Union Pacific has ordered crews to work around the clock to clear the area and try to determine what may have caused the accident. However, according to Espinoza, the investigation could take anywhere from weeks to months.
[bsa_pro_ad_space id=30]
As of 6:24 p.m. Saturday evening crews are still working to clear the area. It is unknown when the site of the crash will be cleared. 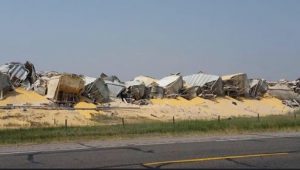 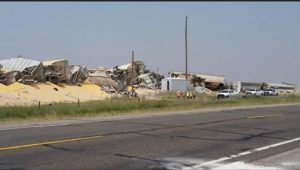 At this time, there has been no reports of injuries. Wyo4News will update the story as information becomes available.
[bsa_pro_ad_space id=32]