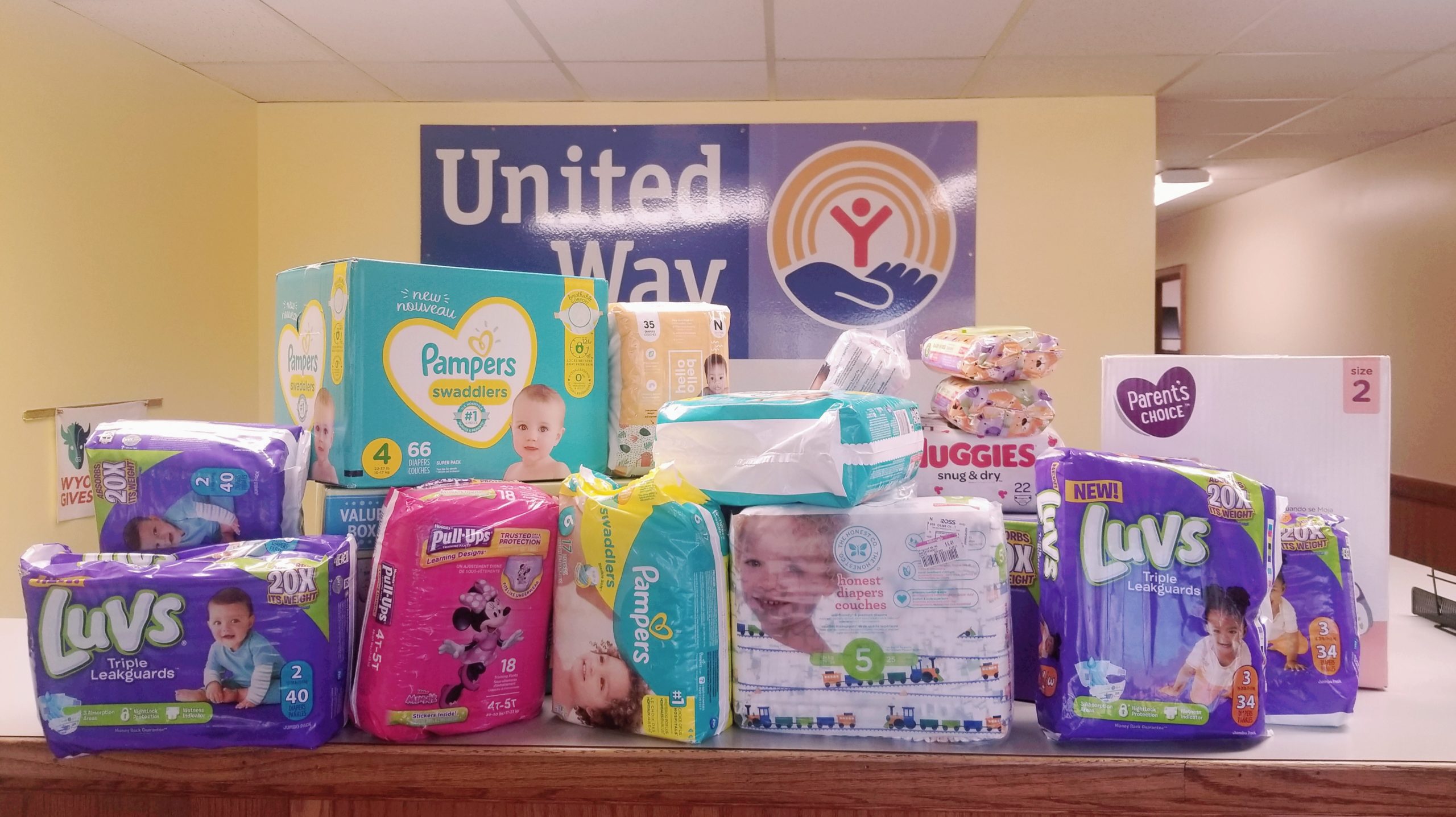 SWEETWATER COUNTY, WYOMING (April 5, 2021) – United Way of Southwest Wyoming kicks off its Spring Diaper Drive April 5th. The drive will run through April 18th and will benefit Sweetwater County’s smallest citizens. United Way hopes to collect 10,000 diapers to help close the gap on diaper need and to help give babies their best start on life.

To participate, residents can donate diapers, of all sizes, and wipes at drop off locations. New, opened packages of diapers are also accepted. In Green River, drop-off locations are Sweetwater County Library and Green River Recreation Center. In Rock Springs, the drop-off locations are White Mountain Library, Rock Springs Library, and United Way of Southwest Wyoming. Monetary donations can be made on the United Way website, swunitedway.org or text “UWSW” to 269-89.

The Community Diaper Banks are an important resource for local families in need. In 2020, 60,2020 diapers were distributed to 329 children in Sweetwater County. United Way has partnerships with Food Bank of Sweetwater County and Wamsutter Community Health Center to make diapers available in Green River, Rock Springs and Wamsutter. Over the last year, the unemployment rate increased and there were times when basic need supplies were not available in stores.

It is estimated that families in need fall 19 diapers short each month. With the help of the community diaper banks, United Way is helping relive the burden of diaper need by keeping babies clean, dry and healthy while creating financial and emotional breathing room for families.

“This past year was particularly hard on a lot of families. Families experiencing diaper need should not have to choose between feeding their families or buying diapers,” stated Shelley Richno, Community Impact Coordinator, United Way, “and donating to the Community Diaper Bank is a way people can help. There are no other assistance programs that provide diapers.”

United Way is a member of the National Diaper Bank Network (NDBN). The NDBN is recognized as the foremost authority on diaper need and its impact children and families living in the United States. According to the NDBN, one in three families struggles to provide clean diapers for their baby. In Wyoming, the cost of infant care in a single-parent household consumes 32% of the income. The average cost of diapers for a year is $936.

Residents can help by volunteering, donating or hosting their own diaper drive. Families in need can get diapers by visiting the Food Bank of Sweetwater County in Rock Springs or Green River on their distribution days or at the Wamsutter Community Health Center during their business hours.