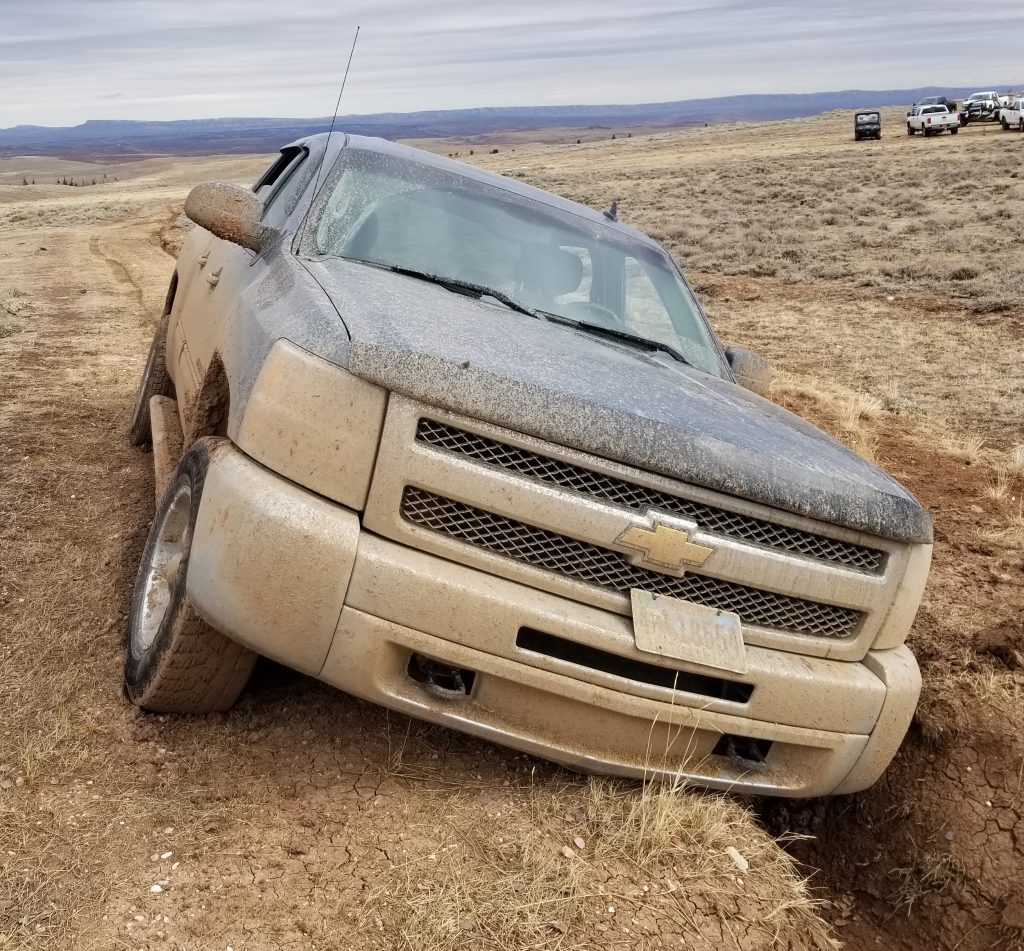 (Sweetwater County, Wyo. – October 26, 2018) The search for a missing Rock Springs man south of Rock Springs will resume this morning.

County deputies took up the investigation at about 1:00 AM on Friday, and were informed by family members that a friend had located Mr. Meador’s unoccupied pickup, a blue 2013 Chevrolet, north of Pine Mountain.

The Chevrolet pickup, found about 35 miles generally south of Rock Springs, was badly stuck and Mr. Meador’s hunting rifle was inside the cab.

Deputies and Sweetwater County Search & Rescue volunteers were on scene Friday, the Sheriff’s Office mobile command post was set up, and search activities were commenced, with negative results.

Lowell said the search will start up again this morning with ground units and a helicopter volunteered by University of Utah Air Med. Updates on the search will be reported today.

Anyone with information, particularly those who may have encountered Meador, are asked to contact the Sheriff’s Office.

N Street Bridge in Rock Springs to close for inspection

Results for the YWCA Festival of Trees are in!