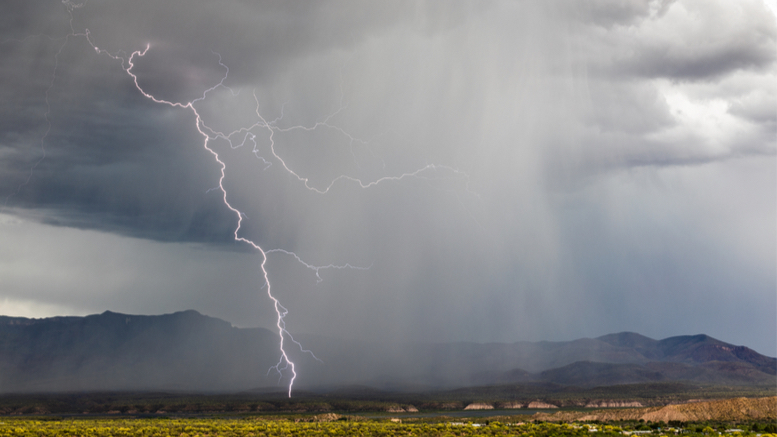 ROCK SPRINGS, WYOMING (July 29, 2021) – Wednesday’s thunderstorm was scary for many residents in Sweetwater County, especially those who had their homes flooded.

But the Bates family from Rock Springs had a shocking experience.

Mandi Bates and her daughter Kalysta were traveling eastbound on Interstate-80 to Rock Springs when a lightning bolt struck their truck, leaving them stranded in the middle of the road near milepost 97 where the ongoing bridge construction is located.

“It sounded like a huge bomb went off,” Mandi said. “It took us a minute to realize what had happened.”

The incident happened at around 5:12 p.m. and first responders were on the scene very quickly. 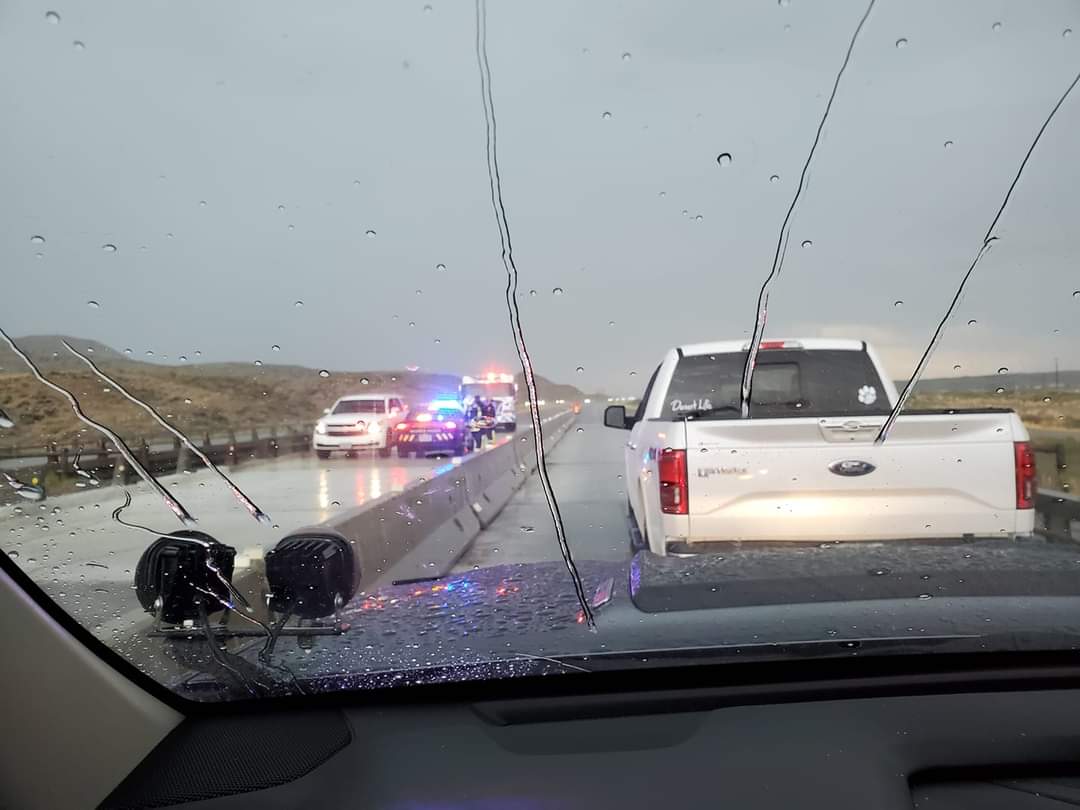 Sweetwater County Sheriff’s Office Deputy Derek Morrell was the first. He was just a few cars back and witnessed the lightning strike. “He was amazing. He risked his life to save ours. He was phenomenal,” Mandi said.

The lightning struck the rear passenger wheel, causing the vehicle to lose power and the brakes not to function. Mandi said at the time of the strike, the truck was moving around 10 miles per hour and recalled coasting for almost 30 seconds before it came to a stop right where the road construction is at. Since the interstate is narrowed down to one lane in that area, the lightning strike incident caused a major traffic jam.

“I didn’t really know what happened,” said Kalysta, who is a junior at Rock Springs High School. “I thought it was a boulder that hit us. There was a loud impact. I didn’t know what happened until the truck got fried.”

It took other first responders about 15 minutes to arrive at the scene. During that time period, Mandi was terrified. “Anybody who knows me knows that I’m horrified of thunder and lightning,” she said, noting that there were continuous lightning strikes happening around them.

While Mandi was panicking some, Kalysta remained calm.

“We’re in this together,” Kalysta told her mother. She grabbed Mandi’s hand. When their hands touch a shock was sent through each of them.

While both were OK, they were transported to Memorial Hospital of Sweetwater County in Rock Springs. Kalysta’s pulse was going up and down, Mandi recalled. Both of them had trouble breathing, but Mandi said that it was probably anxiety resulting from the incident that just took place. She said it felt like their hair was growing.

“We’re pretty blessed we were actually able to walked away from it. My truck is replaceable, my daughter is not.”