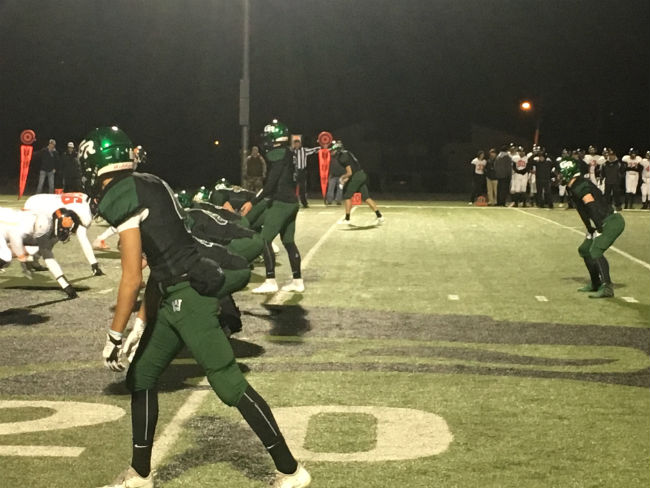 Both teams came out of the gates slow with five punts between both teams and a scoreless first quarter. The Wolves sustained their first drive of the game in the second quarter which resulted in a one yard touchdown run from James King to put Green River up 7-0 early in the second quarter. Powell coughed up the ball on their own 12 yard line a few plays later which would set the Wolves up for another score. After a penalty by the Wolves, Dallan Serrano threw a 21 yard touchdown pass over the top of the defense to Anthony Johnson to put the Wolves up 14-0. That would be the halftime score after a forced fumble by the Green River defense slowed Powell’s chances of scoring before the end of the half. 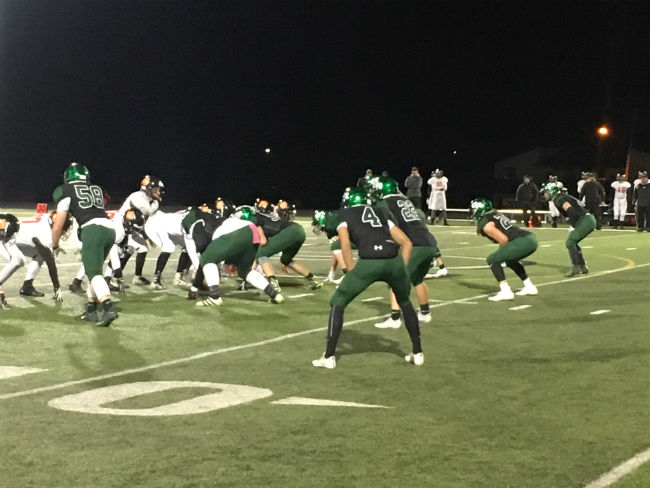 The third quarter started slowly for both teams with Powell fumbling the ball for the third time and Green River missing multiple open passes which could have gone for touchdowns. The offense of the Wolves would then build on a good drive and punch it in to the end zone to make it 21-0 on a one yard QB sneak from Dallan Serrano. The score was set up by a 36 yard pass play from Serrano to Anthony Mitchell who plowed through players to get into the red zone.

The Wolves will look to bring this momentum into their final game of the season against Cody this coming Friday.