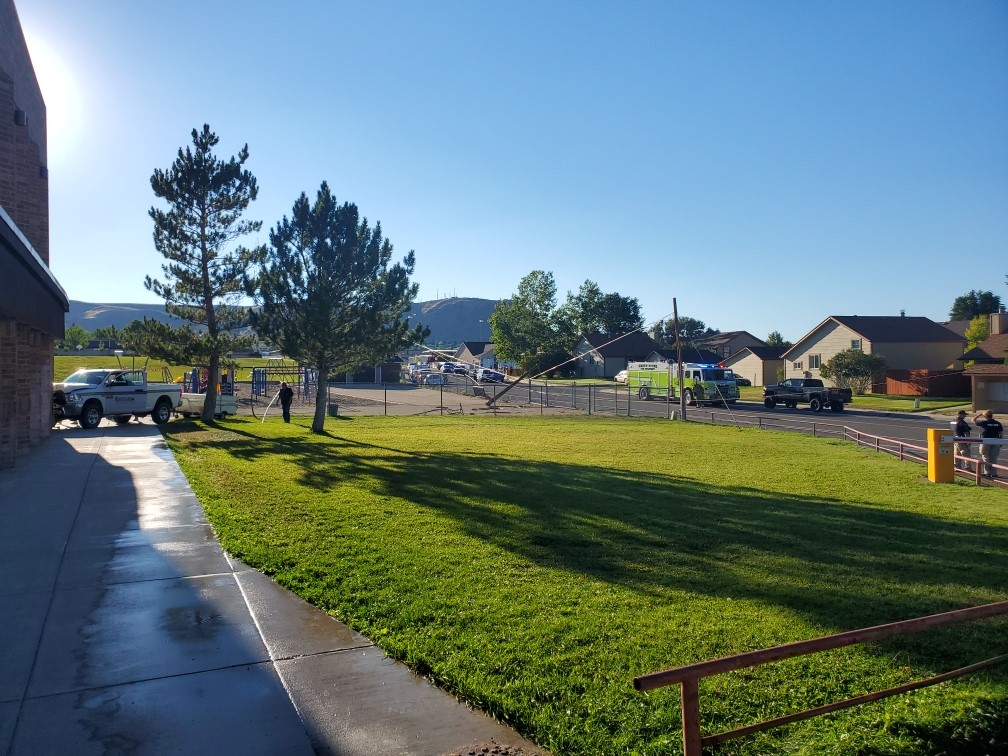 GREEN RIVER, WYOMING (September 4, 2020) — Nobody was seriously injured following a three-vehicle crash on Shoshone Avenue in Green River the night of September 3. The Green River Police Department (GRPD) report the women driver, driving a pickup truck pulling a small trailer, suffered a seizure, causing her to lose control of the truck.

The Green River Fire Department and EMS responded and two people were treated at the scene. Rocky Mountain Power crews stabilized the power lines. There was minor damage to the school, however, the chain link fence will have to be repaired. GRPD says the case is still under investigation. Names were not released.