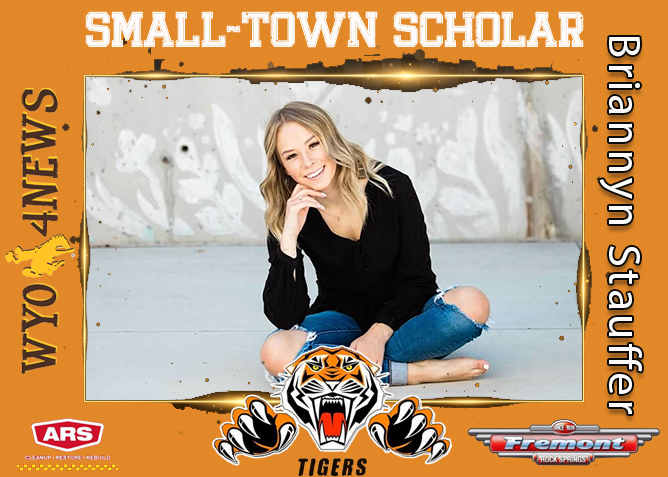 Dancing has always been a passion of Briannyn’s. She’s been dancing and tumbling since she was 3 years old and continues to do so recreationally and competitively at Artistry in Motion. She was an accomplished gymnast and won several state championships in that sport. She continues to serve the Rock Springs gymnastics community as a pre-team and tumbling coach.

In school, Briannyn’s favorite subject is government, but she despises chemistry.

Briannyn has been mentored by and truly looks up to her good friend Beth Gard. She also gets a lot of inspiration from TV personality Joanna Gaines. In her spare time, she likes to hang out with friends and family and her boyfriend Colin.

In the future, Briannyn would like to go to school to become an interior designer and a realtor. But ultimately, she wants to be a mom when she grows up..

Briannyn loves and lives by the quote, “Be savage, not average!”

Our Small-Town Scholar is brought to you by Fremont Motors, and ARS Fire and Flood.

Have a student you want featured in Wyo4News Small-Town Scholar, email the news team at [email protected] to find out how