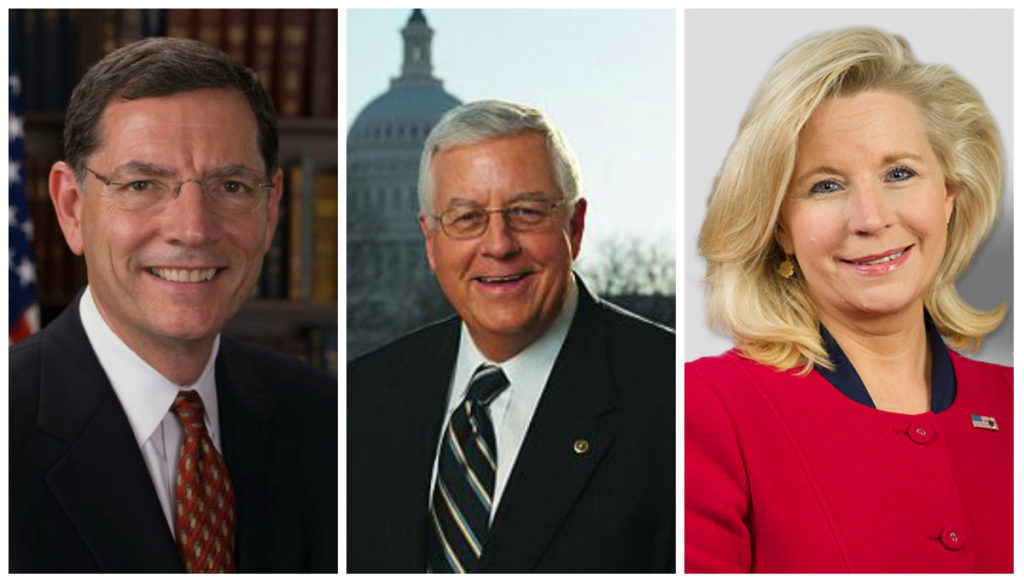 All three have previously expressed desire for President Trump to withdraw from the agreement.

On March 29, 2017, Barrasso called for the United States to pull out of the Paris climate agreement entirely in a piece in the Washington Times titled: â€œToward a Better Climate Sans Paris.â€

On May 25, 2017, Enzi and Barrasso joinedÂ 21 other Republican Senators in sending a letter to President Trump calling for the United States to withdraw from the Paris climate agreement.

On May 18, 2017, Cheney cosponsored H.Con.Res 55, a concurrent resolution expressing the sense of Congress that the United States should withdraw from the Paris Agreement. Additionally, Cheney sent a letter to the White House with other Congressional leaders urging President Trump to support a complete withdrawal of the United States from the 2015 deal.

Below are the statements issued on the subject after today’s announcement that the U.S. would withdraw from the agreement.

â€œPresident Trump is keeping his word and getting America out of a bad deal.Â The Paris climate agreement set unworkable targets that put America at a competitive disadvantage with other countries and would have raised energy costs for working families.

“This pact was signed by former President Obama without Congressional approval. Americans deserve clean air and a healthy economy. It’s possible to have both by withdrawing from the Paris climate agreement.â€

â€œI applaud President Trump for making the decision to withdraw the United States from the Paris climate agreement. The choice by the former Administration to join the agreement without any input from Congress was disingenuous and irresponsible.Â The Constitution requires the Senate to advise and consent to any treaty made by the president.

â€œThe Paris agreement demanded too much from our country while letting others, such as China and India, off the hook for years. It was a bad deal for America. I look forward to working with the Trump Administration to continue positive policy reforms that support American energy and our economy.â€

â€œ I strongly support President Trump’s decision to withdraw from the Paris Climate Agreement. This agreement imposed emissions standards that would have devastated America’s fossil fuel industry with no measurable impact on the climate. The agreement was based on flawed science and its purpose was to kill our coal industry. President Trump Â was right to pull out of this damaging agreement. While the benefits of today’s decision will continue to be felt in Wyoming in the form of increased energy development, exploration and job creation our work is not finished. We must continue our efforts to roll back disastrous policies such as the Clean Power Plan, and other components of the Obama-era war on fossil fuels that have resulted in more regulation, higher costs, and government control of our energy sector in Wyoming and across America.â€