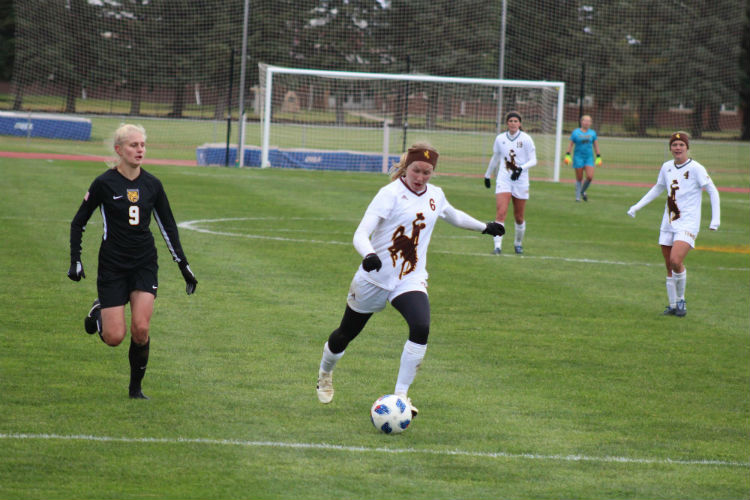 Colorado College came out as the aggressor to begin the game. They would get the ball on net four times in the first 18 minutes including two that goalkeeper Cristina Salazar would need to scoop up. The Tigers hard work would pay off in the 36th minute as a cross from Kiley Sutter was volleyed in by Abby Hubbard for her first goal of the season to give Colorado College a 1-0 lead.

Less than a minute later in the 37th minute, Wyoming’s Amber Vokoun would score the equalizer. She would get a cross from Brittney Stark from the right end line to tap it in.  After 45 minutes, the two teams headed in to the break all even at one.

The Cowgirls would take the lead in the 60th minute. Gentle found herself open up at the right side of the box and buried it past Odom. Wyoming had a couple of additional scoring opportunities but came up empty. At the 71:54 mark, a corner kick from Gentle would find Savannah Warner in the box and she knocked in the header for an insurance goal for the Cowgirls. Wyoming would go on to the 3-1 win.

The Cowgirls will continue play at home on Sunday against the Air Force Falcons. The match is set for 12:30 p.m. MT.

RSHS Hall of Fame postponing induction of the Class of 2020