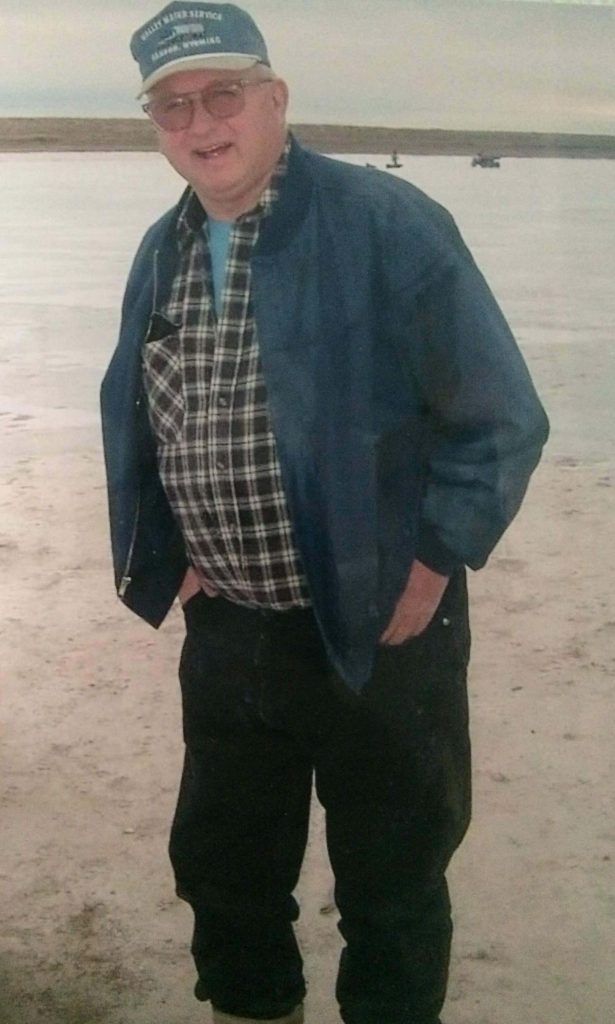 Monte  McCallister  left this world at home surrounded by his family August 10, 2019.  He was born January 27,1937 in Laurel Montana to Edwin McCallister  and Jean Graham McCallister . He was the third child born into a family of nine. He grew up at a ranch called “Seven Mile” at the base of Elk Mountain Wyoming.

He married the love of his life Verna Walker when he was 18 in Laramie Wyoming and was married for 64 years. They had 4 children Lynn, Sandy, Aaron and Kelly.

He had 9 grandchildren and 4 great grandchildren family was his everything. He worked hard to provide for his family and never hesitated to help a stranger.

He moved to Rock Springs in the early 1970’s following work in the oil field service industry and heavy haul .He and his brother Gary operated a successful rig moving, and heavy haul trucking company for many decades. He mentored many young men in the art of working hard and humbly never accepted credit.

Sweetwater County has several landmarks that Monte & Gary installed. These include the walking bridge at Expedition Island in Green River. Also the two Army Tanks, one located at Veterans Park in Rock Springs. The other near the rodeo grounds in Green River Wyoming. He was also a top contributor to the local 4H animal sale, supporting the youth of Sweetwater County.

His family asks that in leiu of flowers donations be made to help a little girl who recently lost her mother. There is an Account set up at RSNB called “Emma’s Benefit” please donate there to help a local.

Anyone, who wishes to join the family in a Celebration of Montes life, is invited to Santa Fe trail on Saturday August 17, 2019 at 2 pm. Refreshments will be provided. Sit a while and share stories about our beloved Dad.