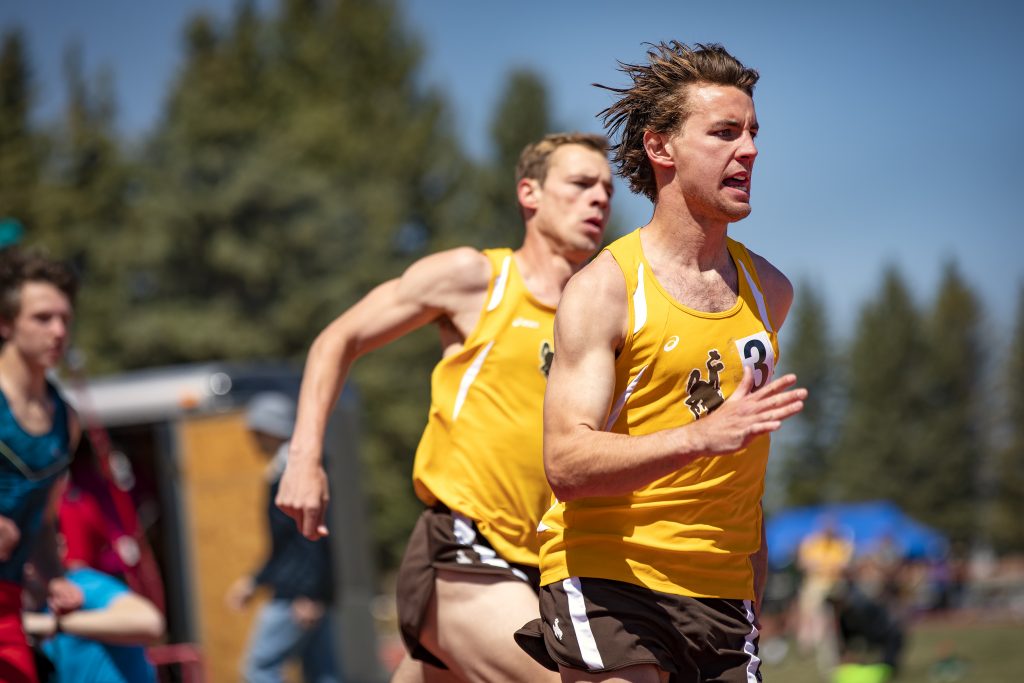 LARAMIE, Wyo. (October 16, 2018) – For the first time in program history, the Cowboys are nationally ranked in the USTFCCCA Coaches’ Poll. The Wyoming harriers enter the rankings at No. 13 after a fifth-place finish in the Cardinal race at Pre-Nationals. By running as a strong pack and having only 41 seconds between their first and fifth finishers, the Cowboys placed ahead of six teams that were nationally ranked at the time.

“For the first time ever to be ranked, not only in the coaches’ poll, but at No. 13 is quite an honor for the program,” head track & field and cross country coach Bryan Berryhill said. “What it really shows is what coach Dahlberg and that group of guys are doing. They’re believing in each other, they’re working hard and it’s been fun to watch.”

“We have a group of guys right now that are really running better as a team every week,” men’s cross country coach Scott Dahlberg said. “They’re starting to feel some confidence coming in to the rest of the season. I’m really excited for the guys to get this recognition. I think they’re in a really good place where they are excited about being ranked, but they are hungry for more. We honestly walked out of the last meet happy with how we did, but still knowing we can improve in a few places.

“Just like any other team sport, to be in the top 25, it takes a group of guys that have bought into a process, are working really hard and working together,” Dahlberg said. “These guys are doing all of that.”

The Cowboys relied on their depth, as they have all season, to keep their score low. Juniors Christopher Henry and Harry Ewing and finished 30th and 36th, respectively at Pre-Nationals, while junior Daniel Hintz finished 44th, and senior Michael Downey finished 72nd. The Cowboys top five finishers earned enough points to beat then-ranked No. 3 Wisconsin, No. 9 Colorado State, No. 15 Southern Utah, No. 20 Michigan, No. 22 Ole Miss and No. 26 NC State.

“We’re going to take a moment to enjoy it and then get back to the process and a hard week of training,” Dahlberg said.

The Cowboys are back in action on Friday, Oct. 26, at the Mountain West Championships. This year, the race is hosted by San Diego State.