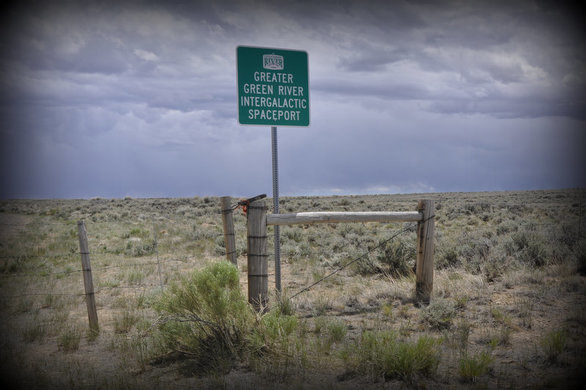 The IRT program allows National Guard units to conduct training exercises to use their skills to benefit local communities.

The National Guard looks to improve upon its construction skills by improving the runway at the Greater Green River Intergalactic Spaceport. Located at South Hill, the spaceport is little more than a single dirt runway accompanied by a windsock.

Formerly named “48U”, the strip was renamed in 1994 by the Green River City Council, after NASA discovered that Jupiter was in danger of coming into contact with the Shoemaker-Levy 9 Comet. The hope was inhabitants of Jupiter would find safety and refuge from the comet by landing there.

The city of Green River would, however, have to provide surveying. Public Works Director Mark Westenskow estimated the cost for the entire project, including the surveying, at about $9,000.

If authorized by the military, the Wyoming National Guard will begin working on the small public use airstrip in August of 2020.

Mayor Pete Rust believes that this project could benefit both Green River as well as the military.

A benefit to the military, according to Rust, could be an increase in recruiting and retention in the Green River area. Meanwhile, Green River would be benefitted from an increased number of people staying and spending money within the city.

“I really like this idea, as well as the economic, and patriotic, benefits that come with it,” Mayor Rust said.

Leaving it all on the track