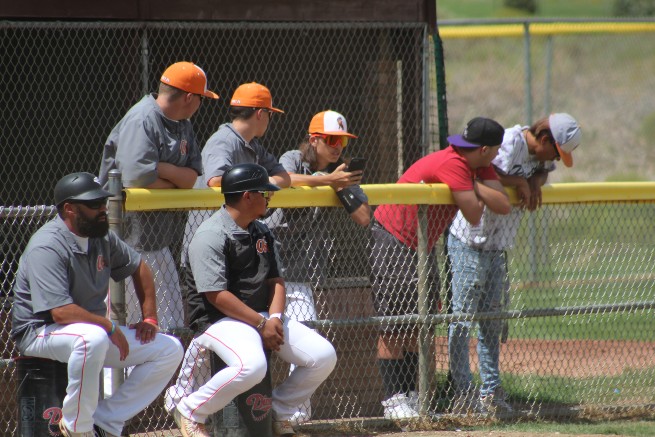 Last month, Rock Springs concluded the 2020 season and the decision was made to move on from the Sand Puppies in an effort to change the culture and start fresh.

“We’ve thrown out some things. We’ve got some things in the pipeline. We haven’t really settled on anything yet. It’s time for a change. It’s time for a switch. The board will vote on it. We’ll give them some ideas and we’ll let the players and everybody have their input. We have some ideas but nothing set in stone,” said Rock Springs head coach Rocky Rondinelli.

The part that Rondinelli loves the most about the new team name is that the players will have a voice in the decision, which will allow them to feel more ownership and accountability when they take the field for years to come.

“With the team able to have some input in it as well, it’s just not something thrown at them. We want to let them be a part of the process and give their two cents. It helps them feel pride and feel more accountable of what’s going on,” he said.

“For me, a change is necessary for what we want to do, which is turning a corner. We want to start fresh with something new. It shows the culture change and everything that we’re trying to do.”

Rock Springs finished the season with a 9-26 record, but Rondinelli saw promise and potential success for the future of the program.

“The record did not indicate how competitive this group was. I think our boys lost seven or eight games by a single run, lost six or seven more by two or three. I mean, they were in an awful lot of ball games. A couple breaks go our way, that record is totally turned around,” he said.

“The practice habits, the fundamental things, the baseball IQ are those intricate little details they started to pick up as the season progressed. I couldn’t be happier and more proud with how those boys came out and competed every single day.”

Even though the season is over, the work doesn’t stop. Rondinelli wants to see the guys returning hit the weight room during the offseason in order to bulk up and be ready for when the 2021 season begins.

“A lot of these kids play other sports and we love multisport athletes, but they’ve got to get into the weight room. They got to eat right, exercise and bulk up. I think sky’s the limit for this group.”

He’s excited about what the players on the B and C levels can accomplish as well. Both squads showed promise this past year and it’s just a matter of growing and keeping the teams together.

“I got good kids coming up in the B program. I really good kids in my C program. Most of them were 12 or 13 years old. That core is of about 11 kids and if they can stay together, that group is going to be really special in a few years. Our program with the younger kids is really, really bright and that part is what I’m extremely excited about for years to come,” he said.

“We laid a foundation. It’s taken a long time to change the culture. Like I said, the future is bright. I’m excited for the C kids, B kids and especially the AA boys.”