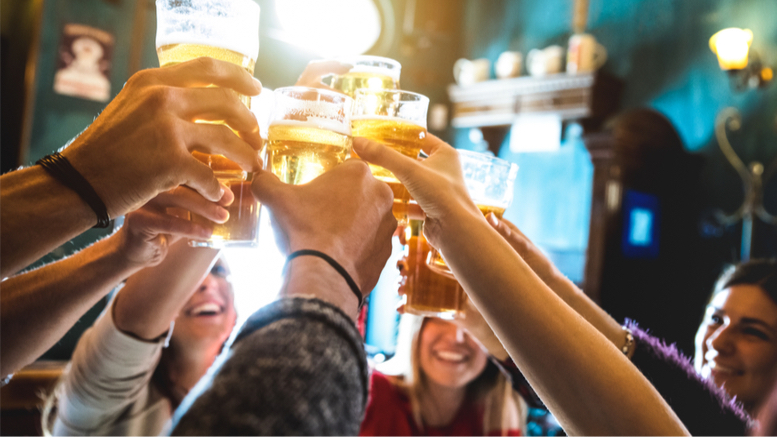 ROCK SPRINGS, WYOMING (March 16, 2021) – Now that the statewide mask mandate is over, local businesses are now left with the decision on how they would like to conduct business moving forward.

While some are eager to open their doors and get back to a sense of normalcy, there are some that are cautious about the removal of a mask mandate that goes against what many healthcare officials are recommending.

Jesse Sloan, owner of Johnny Mac’s and Gateway Liquors, is excited about the removal of several health restrictions that have directly impacted the service industry.

“We’re very excited about it. It’s been a year now. We shut down for two and a half months. We took that temporary model, but it was hard to get people to come back in even though we were taking precautions and allowing customers to make their own judgement,” he said.

“I’m hoping more people will come out and see other businesses that have survived through the virus and pandemic.”

To celebrate, Johnny Mac’s is having an event Tuesday night to celebrate the easing of health restrictions with a throw-away-your-mask party.

However, other businesses, like Grub’s Drive-In, are in a wait-and-see mode and will still be practicing the health restrictions that were implemented in November.

“We’re a little nervous of that. I think it might be a little too soon,” said Marcy Skorup, owner of Grub’s.

“We may see what happens on April 1 after we’ve had spring break and masks off for three weeks, then go from there.

Skorup said that it will probably not impact their business all too much, as most of their customers have been carryout customers anyway.

“We have very rarely filled up the restaurant during this time. Half of our business has always been carryout and most of our customers who used to dine in are continuing to do carryout anyway,” she said.

Skorup also said she hasn’t been one to eat out during the pandemic.

“I wouldn’t anticipate our business to increase a whole lot. I don’t like going into restaurants, sit down and have someone pass my table that doesn’t have a mask on – someone I don’t know, don’t have a clue. That makes me nervous. I don’t do a lot of dining out anyway. I do a lot of carryout.”

The removal of the statewide mask mandate and ease of capacity levels in public places went into effect on Tuesday, March 16.