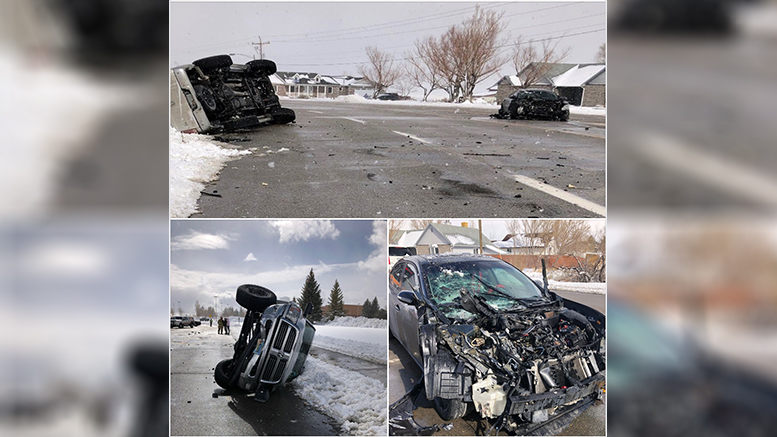 Upon arrival, officers observed the pictured Dodge pickup truck left its lane of travel and crashed head-on into a Nissan Maxima. The Dodge pickup went up over the car and landed on its driver’s side. The drivers were treated on scene and released. The passenger in the Nissan was transported to Sweetwater Memorial Hospital with reportedly minor injuries.

The driver of the Dodge pickup was identified as Kimberly Ensign, 41, of Rock Springs. Ensign was subsequently arrested and charged with Driving Under the Influence 1st Offense and Failure to Maintain Single Lane-Crash.