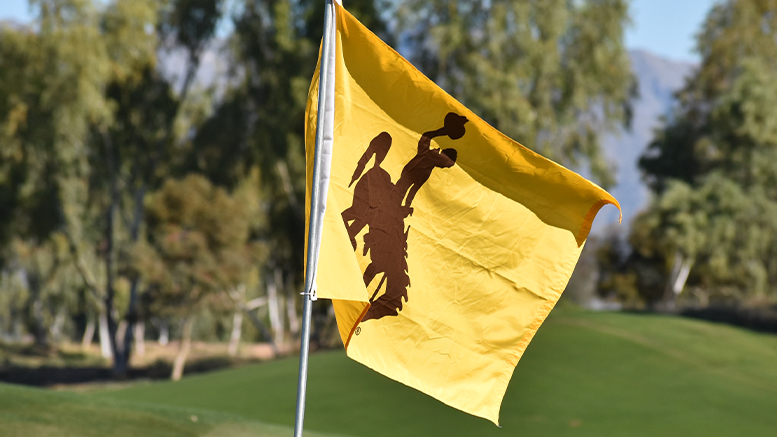 “I am very thrilled to add two exemplary student-athletes in Maria and Kyla,” Stender said. “Both young ladies have had tremendous success in the classroom and national playing experience.  Their athleticism combined with great discipline will aid in their competitive transition to the college game all while adding to our positive team culture.”

Maria Farnum will join the Cowgirl program after a very successful career at Thunder Basin High School. She is a four-time letterwinner in golf and has collected a number of individual and team accomplishments.

A three-time All-Conference selection, won the Wyoming Individual 4A State Title as a junior and was a back-to-back East Conference Champion in 2018 and 2019. She is a two-time team captain, while placing second as an individual at the Championship and recorded over ten first place finishes during her senior campaign. Farnum has been a part of two Wyoming 4A State Championships team that broke the all-time low scored record over those two years, while the team took home East Conference Championship honors twice. She has been a Girl’s Junior Cup Team member and currently a competitor in the National High School Golf Invitational. She is currently coached by Kameron Hunter.

An excellent student, she was the Vice President of the National Honor Society chapter and student council member, while earning the Journalism Award of Distinction and placing third at the Letters about Literature and Young Authors Competitions.

She is the daughter of Kip and Nancy Farnum and has two siblings, Lauren and Ashley.

Kyla Wilde signs with Wyoming after a very accomplished career at Pinnacle High School. She is a four-time varsity letterwinner in golf and has compiled a number of individual and team accomplishments.

She is a three-time First Team All-District selection during her career. This past season, her team won the 2020 High School National Championship in Pinehurst, NC and the Antigua National High School Tournament Champions, while she had Top 5 Individual finishes. In 2019, the team won the Arizona Division 1 State Championship, where she finished seventh, and the runner-up at the Antigua National High School Tournament. Wilde also earned the Sportsmanship Award for the Pinnacle Girl’s Golf Team. During her sophomore campaign, the squad placed as the runner up at the Arizona Division 1 State Championship.

An excellent student, she was a member of the Society of Women’s Scholars, plus the Pinnacle Girls Golf Club and Crazies Fan Club.

She is the daughter of Charlie and Bridgette Wilde and has one sister, Alexa